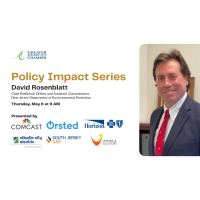 The Greater Atlantic City Chamber will welcome New Jersey's Chief Resilience Officer Dave Rosenblatt as the keynote speaker for the Policy Impact Speaker Series scheduled on Thursday, May 6 at 9 AM.  Mr. Rosenblatt will discuss the newly released Climate Resilience Strategy document with attendees.

On Earth Day, the Murphy Administration released a draft of the state’s first Climate Change Resilience Strategy (“Strategy”) for public review and comment. In October 2019, Governor Murphy signed Executive Order 89, which appointed the state’s first Chief Resilience Officer, established an Interagency Council on Climate Resilience, and directed the Department of Environmental Protection to develop the Strategy. The Strategy outlines six state priorities, each of which includes recommendations to guide state and local government efforts to protect vulnerable communities, infrastructure, businesses, and the environment from the devastating effects of climate change. Over the past 18 months the Interagency Council on Climate Resilience has worked collaboratively to develop the Strategy, which includes over 100 recommendations to strengthen New Jersey against climate impacts, including the State’s unique risks from sea-level rise, chronic flooding, rising temperatures, and more frequent and intense storm events.

Dave Rosenblatt is the state’s first Chief Resilience Officer, appointed in May 2019, and serves under Acting Commissioner Shawn M. LaTourette.

He is leading the DEP’s wide-ranging climate resilience work and coordinating with other state agencies to ensure our shared goal of a more resilient New Jersey.

With more than 40 years’ service to the Department, Dave previously spent 15 years as Assistant Commissioner and Administrator of Engineering and Construction. Earlier, he was Chief of the Atlantic Coastal and South Jersey Bureau, in the Division of Watershed Management, for five years.

Dave managed the preparation of the “New Jersey Governor’s Delaware River Flood Mitigation Task Force Report” in 2006 and the “Report to the Governor: Recommendations of the Passaic River Basin Flood Advisory Commission” in 2011.

He earned a bachelor’s degree in environmental science from the Rutgers College of Agriculture and Environmental Science, and a master’s degree in teaching from The College of New Jersey.
Registration is required for the virtual event.  Space is limited. To reserve your spot, please use the link in the right hand rail.  You will be provided event login information upon completing the registration. 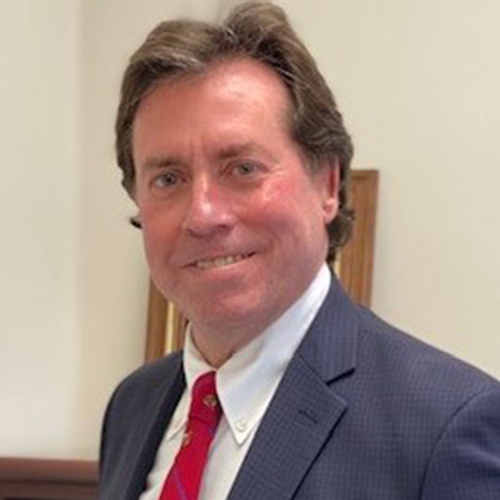