New Jersey's population density, its location between New York City and Philadelphia, and the amenities and venues available in Atlantic City, make the Garden State a prime contender as an esports leader.

Join a panel of experts as they provide an overview of the eSports industry in the state of New Jersey.  This event will provide attendees with a clear definition of the industry, what key industry support sectors are needed, and an understanding of the industry’s size and opportunities related to other industries including education, gaming, and hospitality.

His accomplishments encompass $52M in exits and acquisitions for startups that include a F2P game development studio, an intellectual property development company and a children’s VOD and digital platform partnership with Comcast. His projects have won, and been nominated for, multiple Emmy, Hugo and Pulcinella awards.

In 201, Anthony secured the first public-private esports partnership in the country with Atlantic City’s Casino Reinvestment Development Authority with events that included the 2019 CSL Grand Finals, the Halo Classic and the Esports Travel Summit. He also founded Conference One, the nation’s first varsity-level collegiate esports league which launched its inaugural season featuring competitions with over 60 universities including Penn State, Rutgers, Texas A&M and UC Irvine.

Anthony has an expert-level talent for business development, team recruiting and for leading multinational creative and tech teams from the startup stage through to large-scale service operations.

Anthony is the founder and Chair of the American Heart Association REVIVE Gaming Initiative, is an executive board member of the Atlantic City Chamber of Commerce and an expert witness for trial cases related to the video game industry.
Panelists:

During his tenure, Tim has led the NJEDA’s transformation into a comprehensive economic development organization, including the creation of new offices and initiatives aimed at implementing Governor Phil Murphy’s vision for a stronger and fairer economy by enhancing New Jersey’s long-term economic competitiveness in strategic sectors and communities across the state.  Tim has overseen the creation of the NJEDA’s Office of Economic Transformation, focused on catalyzing industry clusters; the Office of International Trade & Investment, the lead international business development office in State government; the Office of Policy, Planning and Research, focused on policy development and implementation, program evaluation and economic reporting; and, a dedicated Small Business Unit charged with providing robust financial, workforce, and technical support to the State’s small business community, with a focus on historically underrepresented firms.

Prior to joining city government in 2010, Tim worked at Barclays Capital as Chief of Staff to the Head of Global Investment Banking. He began his career in investment banking at Lehman Brothers in 2003 as a healthcare banker, focusing on mergers and acquisitions and capital markets transactions for leading companies in the managed care, biotechnology, and healthcare services sectors.

Tim is a graduate of Georgetown University.

Rebuck had served for 23 years as a Deputy Attorney General for New Jersey, specializing in policy guidance and regulatory reform. He was assigned to the Governor’s Office as a Senior Policy Advisor to Governor Christie in February 2010.

Rebuck was also at the forefront of New Jersey’s efforts to have legalized sports wagering in the state. On May 14, 2018, after lengthy legal challenges, the Supreme Court of the United States overturned the Professional and Amateur Sports Protection Act (PASPA) now permitting states to decide if they wanted to have sports wagering in their jurisdiction.

Rebuck ensured that New Jersey was ready for this decision by implementing extensive preparation protocols for technical standards as well as regulations.

Rebuck also lead the Division through the openings of the Hard Rock and Ocean Resorts casino, tackling the extensive licensing and operational challenges of opening two new casinos on the same day, June 28, 2018.

Rebuck earned a BA degree from Gettysburg College in 1974, a master’s degree from the University of Vermont in 1978 and his law degree from Widener University in 1986. From 1978 through 1988, he was Associate Dean of Student Life at Ursinus College and then Assistant to the President of Radford University.

Recognized by the International Masters of Gaming Law as their 2013 Regulator of the Year. He is a member of the New Jersey Bar.

Scott Huston, Chief Information Officer at Stockton University
Scott Huston is the Chief Information Officer at Stockton University.  In his role, he provides leadership for the continued development of an innovative, robust, and secure information technology environment to support ubiquitous, integrated, and fully engaging learning experiences throughout the University.  Under his leadership, The Division of Information Technology Services team takes a proactive and collaborative approach to deliver innovative, reliable, and sustainable technologies that optimize satisfaction and desired outcomes.

Since starting his career at Stockton in 2004, Scott Huston has managed many Stockton information technology initiatives including the campus conversion to Active Directory, convergence and management of the Stockton unified helpdesk, and the negotiation and purchasing of enterprise hardware and software.   Mr. Huston has helped many divisions implement new IT projects and has managed the servers and services that run these applications at Stockton University.  In addition, Mr. Huston has also overseen Stockton helpdesk operations where he worked with the team to develop many new strategies, programs, and procedures to promote quicker responses with improved customer service.  He also began taking a large role in the fiscal planning and budgeting for the division and has implemented many process improvements in the areas of allocation of funding and procurement of equipment for Information Technology Services.  Finally, Scott Huston has supported many high-profile events at University and has designed new ways to expand these events and activities through the use of emerging technologies.

Scott Huston has also held the role of an adjunct faculty member at Stockton University since 2012 and in 2014 he was named the Business Faculty Member of the Year.  He enjoys remaining connected to the classroom through teaching as an adjunct and finds it very valuable in an effort to experience the modern technological needs of the student body and his fellow faculty.

Mr. Huston earned a Master of Business Administration, as well as a Bachelor of Computer Science and Information Systems from Stockton University.  He is currently advancing his education through professional development courses at Harvard University. 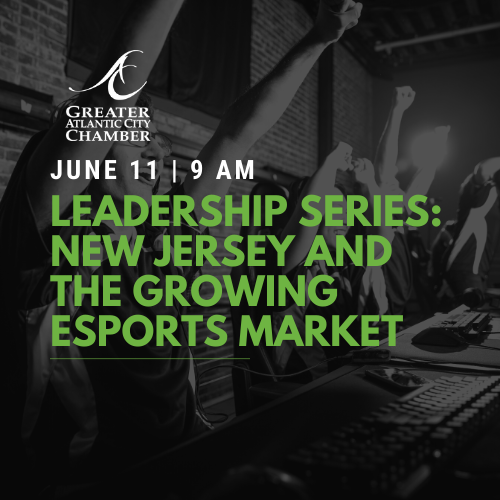