Getting Back Together - Restoring Consumer Confidence in Public Gathering Spaces

Join a panel of experts as they share their insights and techniques for restoring consumer confidence in public gathering spaces. Hear their predictions for the year ahead and how they plan to respond to pent up demand for in-person events and activities. Learn actionable strategies and techniques for safely hosting live events and serving guests at hospitality and tourism establishments.

This event is presented by the Lloyd D. Levenson Institute of Gaming, Hospitality, School of Business Stockton University in partnership with the Greater Atlantic City Chamber

Bill Hansen
Vice President at Eiger Marketing Group & Tournament Director for the ShopRite LPGA Classic
Bill joined Eiger Marketing Group in 2012 as the Tournament Coordinator of the ShopRite LPGA Classic. In addition to his current role as Tournament Director of that event, Bill also works on numerous other Eiger LPGA events, nationwide client road shows and hospitality programs. He has over 10 years of extensive sports marketing and event experience for clients such as Microsoft, ShopRite, Monticello Motor Club, Assured Guaranty and AIG. Prior to joining Eiger, Bill worked for 10 years for the accounting firm, KPMG LLP, in Boston and New York in their mergers & acquisitions group. Bill was born and raised in New Jersey and graduated from Boston College. He lives in Egg Harbor Township, NJ with his partner Nicole and daughter Stella.

Burt brings his global experience working in major destinations on large-scale meeting and convention events, as well as working with premier sports organizations including the NCAA, NFL and Olympic-qualifying events backed to the Atlantic City market.

Burt is responsible for leading the efforts of Spectra sales and is focused on driving new revenue while assisting in servicing, negotiating and contracting clients. He will also be responsible for building a new marketing and positioning strategy of the Center and will work in conjunction with the Meet AC sales team to build more demand and events that will utilize the facility.

In his role, Sholler works closely with players, coaches, executives and Managing Partners to build and implement communications strategies designed to elevate both the brand of the 76ers and the personal brands of key stakeholders. He leads and orchestrates major announcements including new player signings and trades, press conferences and media tours, major global campaigns and more. Sholler also serves as official spokesman for the team and regularly provides information on behalf of the 76ers front office.

Prior to joining the 76ers, he served as Vice President of Public Relations, Athlete Marketing and Development for the Ultimate Fighting Championship. While at UFC from 2008-2016, Sholler helped elevate the UFC’s global profile, while also supporting the brand growth and development of stars such as Conor McGregor and Ronda Rousey. Sholler developed and implemented communications and brand-building strategies for nearly 600 athletes worldwide, while managing public relations plans for historic, record-setting UFC PPV and televised events. He was also a key member of team responsible for the ideation, development and eventual execution of UFC Performance Institute, the world’s leading training center for combat sports athletes.

Sholler was a 2015 inductee into the NJ Martial Arts Hall of Fame for contributions to MMA and has been named to Top 40 Under 40 lists of Atlantic City Weekly and Philadelphia Business Journal. He earned his degree in communications and media studies from Stockton University and currently resides in South Jersey with his wife, Tiffany, and three children.

The forum will be hosted through Zoom.  Attendees can view and listen to the meeting through their computer, tablet, or phone.  Information on how to access the meeting is provided immediately after registration and is sent to the email address provided upon registration.

Since 1993, he has been a founder and Principal with Beacon Marketing Group, Inc. which specializes in marketing research, analytics and planning services.  Beacon’s client roster has included leading companies in the food, OTC, automotive, hospitality and technology industries.  Prior to his role at Beacon, Phil was a VP of Marketing for the Sands Hotel and Casino and a Group Marketing Director for Nestles Purina Pet Foods.  At the Sands, Phil had responsibility for the advertising, public relations, marketing research and direct marketing functions for the Atlantic City property and helped introduce the company’s player loyalty program.  At Purina, he was responsible for several national pet food brands, including the national rollout of the Pro Plan line of dog and cat foods.  He holds an MBA and a B.S. in Journalism from Southern Illinois University.

Phil and his wife, Carrie, have lived in Atlantic County for over 30 years.  They have one adult son, David, who resides in Brigantine and is employed by Caesar’s Entertainment in Atlantic City.  Phil has served as a Director and Executive Board member of the Galloway Police Athletic League for over fifteen years and has been a youth travel and college volleyball coach since 1998.  As a coach, he has participated in numerous large-scale events including NCAA Playoffs, National Collegiate Volleyball Federation Championships and AAU Girls Junior Nationals.  He has also assisted in running local / regional volleyball events at Stockton and at the AC Convention Center and Harrah’s. 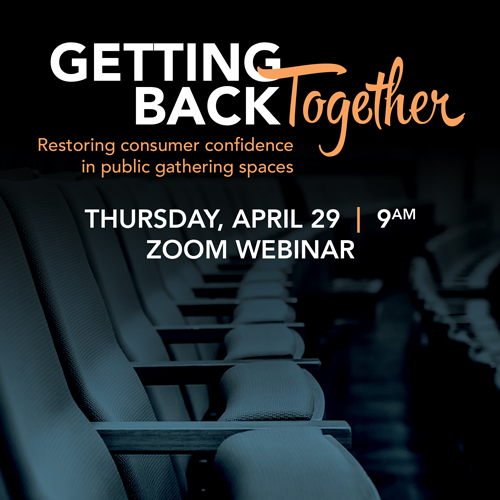