The past year presented struggles for many in our business community. This is our opportunity to come together to celebrate our successes and look ahead to the year to come.  Attendees will hear updates from each of the four Greater Atlantic City Chamber committees.

The Chamber is committed to supporting business in Atlantic County and create positive impact in the community, and there is no better way to see that work in action than the annual meeting.

In addition, The Chamber will welcome Tom Bracken, President of the New Jersey Chamber of Commerce, as the keynote speaker.

Thomas A. Bracken became the New Jersey Chamber of Commerce’s president and CEO in February of 2011, taking the reins of the state’s business advocacy organization as it celebrated its 100th year.  The Skillman resident and former bank executive served as chairman of the New Jersey Chamber of Commerce's Board of Directors from 2005 to 2007, and has been involved in the Chamber for four decades.

In 2017, Bracken helped establish and became co-chair of Opportunity NJ, a coalition of major state business organizations supporting government policies that pave the way for job growth, affordability and prosperity in the state. In 2014, Bracken was named chairman of ForwardNJ, a coalition promoting investment in the state’s transportation infrastructure. Also in 2014, Bracken was inducted into the New Jersey Business Hall of Fame.

Prior to taking the reins of the NJ Chamber, Bracken spent 40 years in the banking and financial services industry, serving as president of TriState Capital Bank's New Jersey operation from 2008 to 2011. He was president and CEO of Sun Bancorp, Inc. from 2001 to 2007. He also held executive positions with First Union Bank and Corestates Financial Corporation. He is a former chairman of the Economic Development Corporation of Trenton and of the New Jersey Bankers Association.

Bracken, a Bucknell graduate, is the chairman of the New Jersey Alliance for Action Foundation; and a board member for Junior Achievement of New Jersey, the New Jersey Hall of Fame, Public Media NJ,  Salix Inc. and South Jersey Industries. 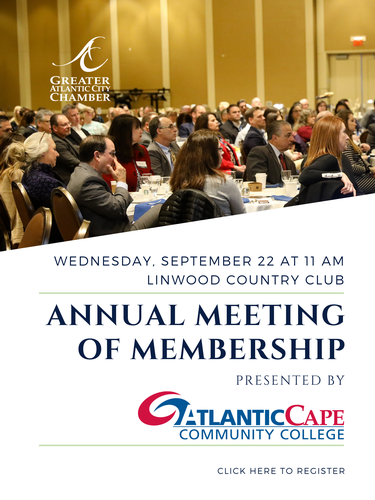